Responses to Gerda Stevenson's script of her stage play OUT OF EDEN, which was given a rehearsed reading at the Tron theatre, Glasgow, 18th January, 2017, directed by Paul Brotherston, supported by Playwrightsâ Studio Scotland.

"Gerda Stevenson's Out of Eden is a startling, innovative, imaginative treatment of contemporary issues that the stage should be taking on, issues of the humanity of sex-workers, the power of versions of slut-shaming and the treatment of the human body, both negative and positive. Its fluid staging allows a play full of sharp insights and short scenes to flow across the stage in an economic and creative way. Every so often a really worthwhile play comes along that hasn't been commissioned. This is one of those." Professor Ian Brown, Honorary Senior Research Fellow (Scottish Literature), University of Glasgow.

"I think it is great; important, challenging and absorbing; great roles for women." Marilyn Imrie, theatre and radio director.

"I like the scale and I think the subject matter is important. It is a relief to find something - anything - that doesn't simply condemn all sex workers (and all their clients) as being somehow of a different race of people, when self-evidently they are part of all of us. The architecture of the play works very tidily indeed. The handling of the subject matter is subtle and nuanced, written by a serious artist of enormous integrity." Robert Dawson Scott, writer and critic.

"Itâs beautifully big and ambitious, and at the same time, very eloquent and lyrical, and has a real sensitivity and lightness of touch to it, every character wonderfully drawn. Very filmic." Johnny McKnight, playwright, director, actor. 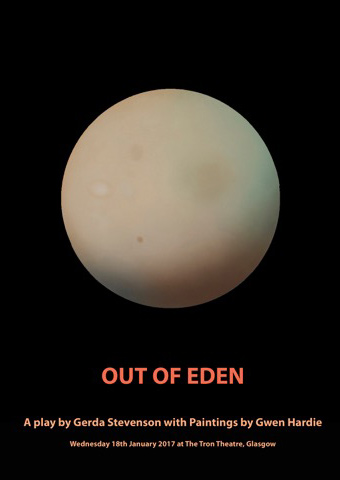